Or perhaps I should say, I’m “trying” to get creative!  At least that was my intention when I signed up for a 6 week online creative writing class. 😉

Going into this class I knew that creative writing was different from the writing that I have been doing.  What I didn’t know was that I would be surrounded by people who have been publishing their writing for years AND a couple of them were in the process of writing their first book!   Kind of intimidating, don’t you think?

To give you an idea of how intimidated I was, the thought to “accidentally” disconnect from that first call must have crossed my mind at least a dozen times.  And that was just within the first 10 minutes of class.  As tempting as that idea was, I decided to go with my Plan B which was “feel the fear and do it anyway.”  And that’s what I did!

I met with the group via Zoom every Tuesday evening for an hour and a half and each week was a whole new learning curve for me.  There was a theme to each class and, based on that theme, the instructor would give us words or phrases as a writing prompt.  Typically, we would have 5 or 6 minutes to write a short essay which, by the way, is sooooo different from how I write!!

Here’s how I write……I think about what my topic will be, then I research the topic and then I start to write the rough draft.  I write and I edit; I write and I edit and, if I’m lucky, I send something out like 4 days later!  So five minutes to write an essay?  Are you kidding me??

Somehow I managed to get through each class and, to my surprise, I started to really enjoy this type of writing.  It shifted my brain and I began to think quicker and write more creatively.  I’m not going to lie, I still felt like a fish out of water but at least I was having fun being a fish out of water!

It was during the last class when things got really interesting.  The theme for the class was “voices in your head.”   Since I pretty much have a non stop narrative running through my head at all times I thought this would be a piece of cake!

The purpose of this technique is to teach you how to write dialogue.  Using the voices in your head, you create characters and then write a story from their point of view.  Despite the fact that there is no shortage of chatter going on in my head, I’ve never really considered that there was more than one voice talking.   It was so interesting to think about it in that way.

Once again this was something totally new for me but after I got the hang of it, I was hooked.  I know how helpful it can be to get your thoughts out of your head and onto paper, but this felt different.  As I brought the characters to life in my story, I felt lighter.  The weight of the world, which I so willingly carry, was suddenly lifted.

Although the class has ended, I have continued to play with the “voices in your head” exercise.  Now, when I have something on my mind that I can’t seem to let go of, I’ll take 5 minutes to create a story using the voices in my head.  Afterwards, as I read the story out loud to myself, what I thought was such a big deal suddenly becomes a wonderful story that I created.

Whether or not you want to be a writer, I want to encourage you to listen to the voice (or voices) in your head.  I also want to encourage you to take 5 minutes and create your own wonderful story.  Putting those words down on paper will not only get the thoughts out of your head but it will likely shift your perspective.  You may laugh or you may even cry.  Either way, trust that you are healing.

Thank you for always letting me share my voice. 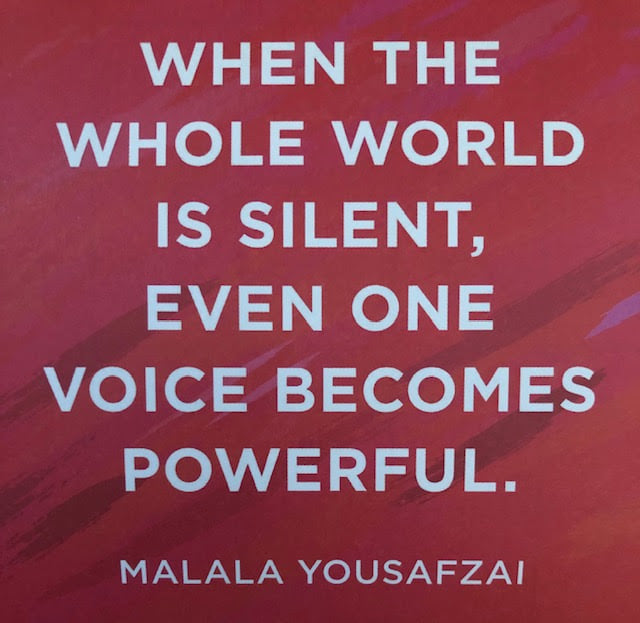