I hope my story will inspire you!

Today I’d like to share a story with you.  It’s a story about me, my bicycle and never giving up.  My hope in telling you this story is that it will give you some inspiration as you navigate these very uncertain times.

As many of you know I LOVE to ride my bike.  I bought my first road bike when I was 30 years old and I’ve been riding ever since (28 years to be exact!).  Initially, I was riding just for the fun of it, but before long I became interested in competitive cycling.  After my first couple races, I was hooked!

I had been competing for a while when I decided to do a race called the Cochise County Cycling Classic.  This is a one day race which starts in the town of Douglas, Arizona.  Back then, Douglas was just a small border town with nothing but wide open space surrounding it.  The roads in this area were pretty desolate and the weather is often unpredictable which makes this a very challenging race!

There are multiple distances to choose from and I was signed up for the 92 mile race.  On the morning of the race, as I waited at the start line, I remember looking around and, despite being surrounded by hundreds of cyclists, I felt completely alone.  Ever have that feeling??  You’re in a crowd yet you feel completely alone?

Before I knew it, the race started and off we went.  I managed to stay in the main pack at the front of the race for quite a while but eventually the pace was just too fast for me and I dropped off the back.  Almost immediately I knew that was a big mistake.  You see, when you are riding in a group of riders, you are sheltered from the wind and now my “shelter” was completely gone.  With no other riders around me for protection, I was instantly engulfed by a huge force of wind.  Since I’ve never been a fan of the wind, you can imagine my mood at this point!!  It was probably a good thing I was riding by myself because I was one crabby girl!

After fighting the wind for what seemed like an eternity, I decided to stop at the aid station to fill my water bottles and get some more food.  As I took a much needed break, one of the volunteers happen to mention to me that I was the first female cyclist she had seen at that point in the race.  I was shocked to hear that because I knew the main pack was miles ahead of me.  Surely there was at least one female cyclist in that group.  Without giving this too much thought, I got back on my bike to continue my sufferfest!

As I struggled to fight the wind by myself, thoughts of giving up filled my head.  I was alone, exhausted AND I still had another 40 miles to ride!  If that wasn’t bad enough, off in the distance I could see a huge storm rolling in over the mountains.  The sky was turning black and the winds were getting stronger by the minute.  Every single muscle in my body was screaming for me to stop.  As appealing as that sounded in the moment, it would certainly mean that I would end up standing by the side of the road as this huge storm raged over me.

As I contemplated my options, I made a split second decision that surprised the heck out of me.  I thought that if I could ride really fast, (yeah, right!) I might be able to stay ahead of the storm and get back to my car before the storm hit.  Clearly that was not rational thinking on my part but I went for it anyway.  I put my head down and pedaled my butt off.  I have no idea where that strength and determination came from but it didn’t matter at this point.  I was doing it and nothing was going to stop me.

And you know what??  I did it!  I made it to the finish line ahead of the storm!  Crossing that finish line was the best feeling EVER but honestly all I wanted to do was head straight to my hotel room, lay down and get out of the wind!  And that’s exactly what I did!

All’s well that ends well, right?  Well, it gets even better!  A couple days after the race I received a call from the race director.  To my surprise, he was calling to tell me that I was the first place female finisher for the 92 mile race!  Within an instant, the race that nearly broke me became the race that I won!

What happened to me that day during my bike race is not unlike what is happening to so many of us right now.  We are facing perhaps the biggest, darkest storm of our lives and you may be thinking that you just want to give up.  You may be feeling like you are caught out in the wind all alone and you’re wondering what’s going to happen next.  But the truth is, you are not alone.  Despite our distancing, there is an undeniable sense of community that is all around you.

I believe there are so many lessons to be learned during these difficult times…lessons that we cannot learn at any other time.  Drawing on your inner strength is what’s important when you are faced with a challenge.  When you trust in yourself, you can go from “why is this happening to me?” to “what am I meant to learn at this time?”  And that’s when you find the blessings.

So if you are struggling in any way and need some support, hit reply and let’s chat.  I would love to help you make the decision to “keep riding” so that you can stay ahead of the storm.

P.S.
If you need a boost, check out this short video here.  It’s so beautiful! 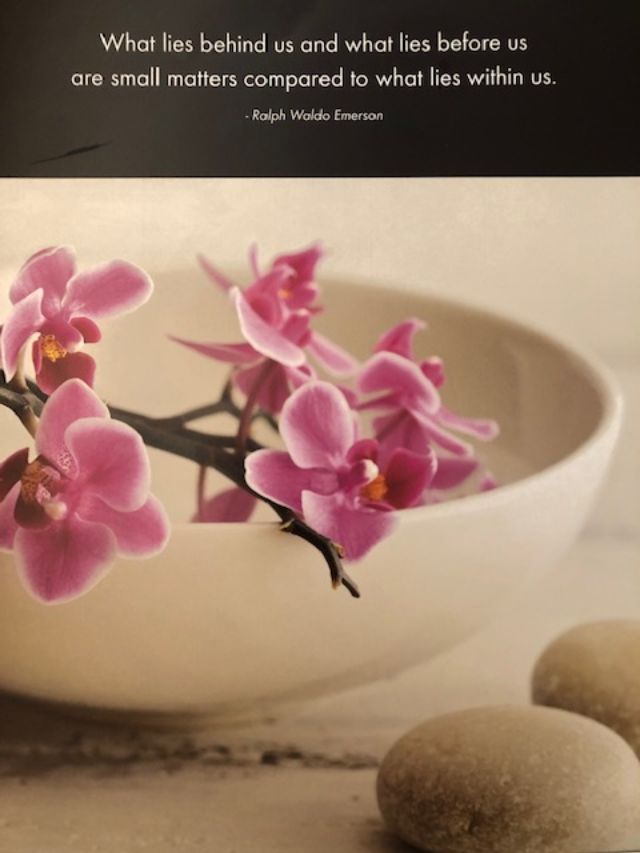